When writing content on various text editors, making and doing errors is usually inevitable. We happen to make errors in all aspects of life. Errors to some extend prove we are human because no one is perfect in the universe.

In excel sheets errors can also be encountered in the rows, columns, and even the cells. Because makings these errors are to some extent inevitable, excel has this functionality to rectify such errors like exceeding the length of characters and values.

To rectify the error of exceeding characters in an excel sheet, there are a couple of steps we follow which will include the following.

On a new excel sheet in your computer, record some numeric values in the columns. Make sure the values are of four characters and above. You can use the excel sheet sample below as your reference. 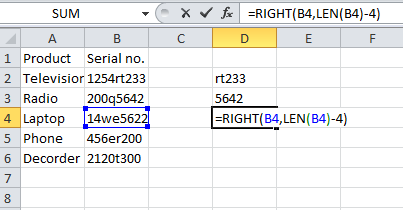 How to limit decimal places in Excel

How to count without duplicates in Excel

How to present data in Excel