A gain is usually an increase from the previously recorded value. The ability to manipulate Excel's Arithmetic Power is one of the greatest skills needed to calculate the gain or loss. We can, therefore, calculate %gain using the following general mathematics formula:

%gain or loss= (Gain or loss/previous value) *100. To find gain all we need to do is: Subtract the previous value from the latter one. If we have these values supplied, we can easily calculate the percentage gain or loss in Excel.

1. Have the totals (previous and later values) which will be used. 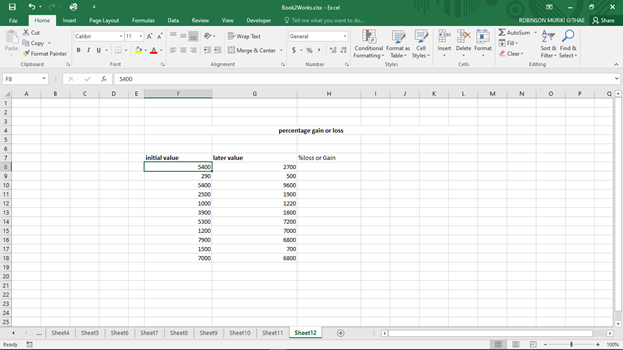 3. Perform Subtraction on the cells from both the initial and recent values.

Type in the following formula:

This formula alone will be responsible for calculating the gain or loss. Complete the formula so that it becomes similar to: 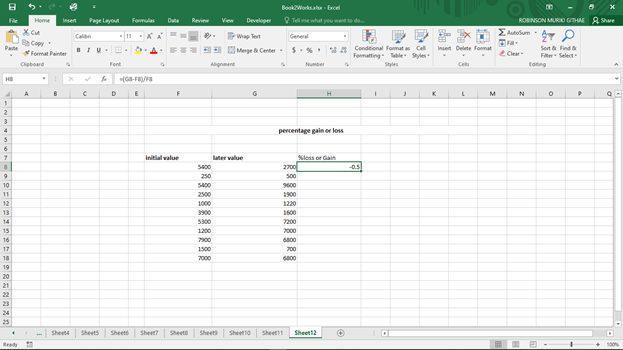 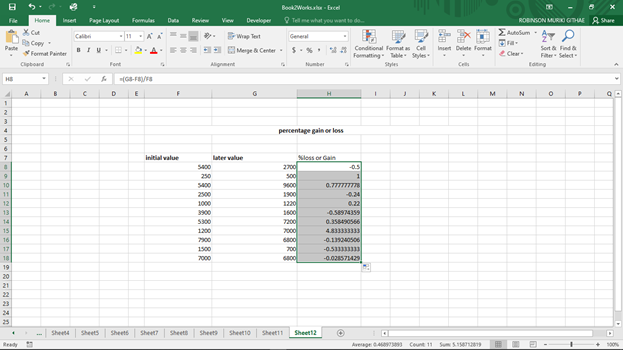 4. Press the Percentage symbol to convert the decimals to actual percentages. 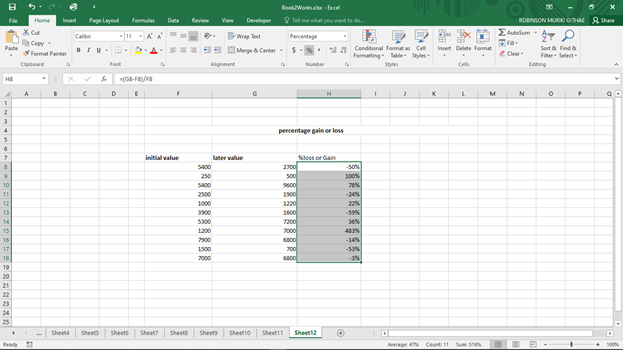 To find the percentage change between two percentages we use the following formula:

1. Launch Excel and navigate to your worksheet.

2. Identify the column or cells with the two percentages. 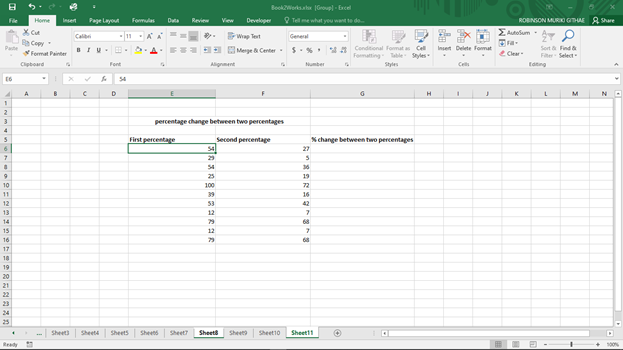 3. Outside those two cells insert the following formula: 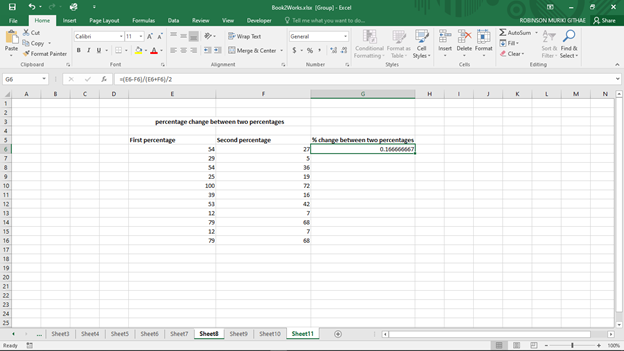 Excel formula for percentage change for a year over year

To find the percentage change year over year:

1. Launch Excel. Navigate to your worksheet.

2. Add a column for percentage Change year over year.

3. Add a zero at the topmost cell of the column since it coincides with the Beginning year. 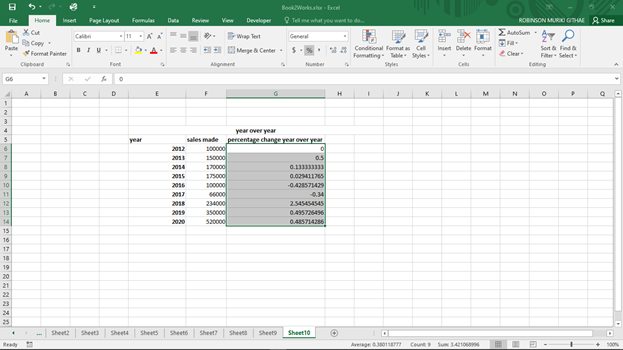 6. Highlight the column with decimals and press the percentage symbol under the Number group. 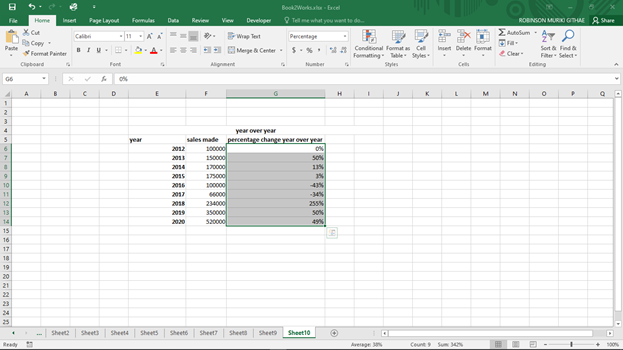 7. Drag from the second cell of the column to find the percentage change year over year.

Nested If and Vlookup Function

IF Formula with Four Conditions