The beauty of spreadsheet entries and data in Microsoft Excel is that you can use letters to represent values. We use the Lookup Function to achieve this. Using this process, you can perform mathematical calculations and financial analysis. For instance, instead of multiplying five by 2, you can multiply X by Y.

LOOKUP is categorized under Excel Lookup and Reference functions. It performs an approximate match lookup and returns a corresponding value from a selected range. It does not mean its work uses letters to represent values, but the function also uses letters as values in other different functions.

Types of the LOOKUP function

There are two forms of Lookup: Array and vector.

The Vector function will search one-column or one-row data for a specified value and then get the data from the same position in a different column or row.

The formula for the vector function is as follows:

The Array function is used when the values you want to match are in the array's first row or column. It looks in the first column or row for the specified values and returns.

The formula to be used is:

With the different types of Lookup explained, let's get started on the steps to be followed when using a letter to represent Excel's value.

How to use a letter to represent a value

1. Launch Microsoft Excel on your computer. By default, the program will create a blank spreadsheet.

2. In the blank Excel spreadsheet, create a two-column list. Type a letter in column A (Let's use cell A1 as an example). Type the value which you want to be represented in column B. Make sure you make both entries in the same row.

3. Repeat step two to enter all the letters and their corresponding values. The entries should be symmetrical in that if the letters are from A1 to A8, the numerical values should be from B1 to B8.

4. Select the cell to insert the value using a letter. 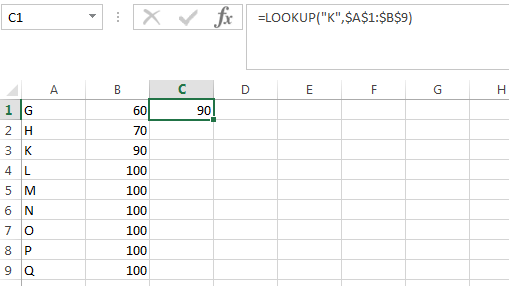 6. Press Enter to display the results of your formula.

7. The formula, =LOOKUP (text, A1:B8) can be used as an argument if you plan to use the letters as parts of other functions. For instance, when you want to do multiplication, select the cell and type =PRODUCT (LOOKUP(x, A1:B8), LOOKUP(y, A1:B8)). PRESS Enter. The product of numbers represented by the letters x and y will appear in the cell.

1. Create a two-column list. One column with letters while the other one contains letters only 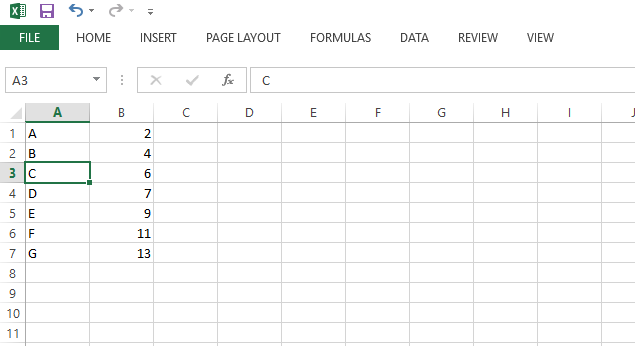 2. Decide which cell you would like the user to select

3. Click on the cell to select it. Go to the Data validation tab and select validation.

4. A pop-up window will appear. In the Allow field, select LIST. 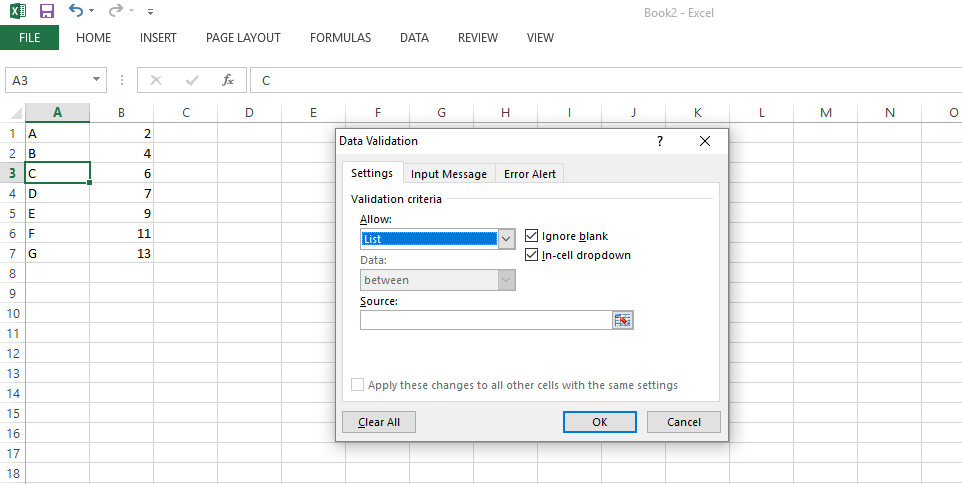 5. Pick your source. It will be the cell selected in step 3.

6. Select the first column of your list and press to enter then OK.

8. Go to the Formulas tab

9. Select LOOKUP & REFERENCE from the category list in the pop-up window.

11. For the lookup_value, select the cell you chose in step 5.

12. For lookup_vector, select the first column of your list.

13. For the Result_vector, select the second column. 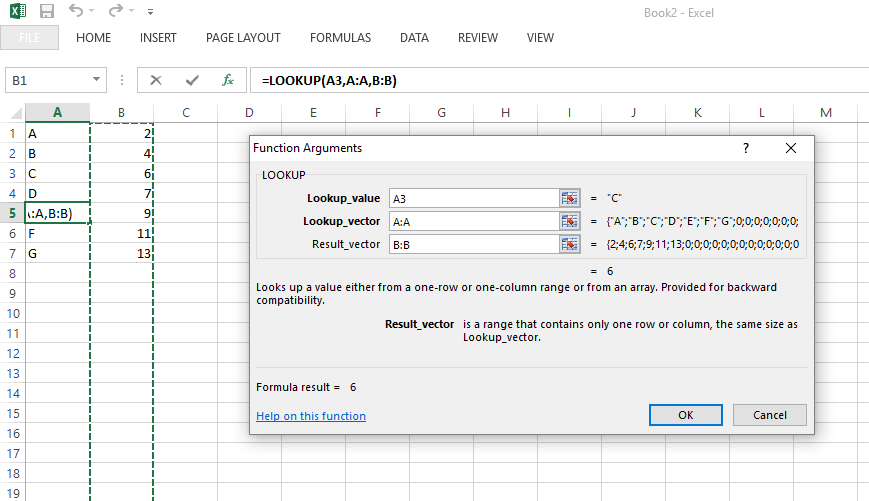 It is easy to represent a value using a letter in Excel with the above steps. You can decide to either use the array function or vector function to do so. I hope that this article has been insightful and helpful.

How to count cells that contain partial text in Excel

Complete Guide on Security in Excel